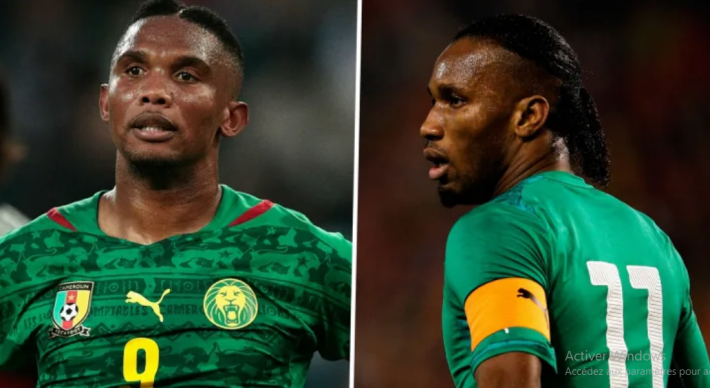 Football is the main African sport. The main fans bet on soccer here during all the games and know everything about each footballer. These athletes are known by everyone fond of football.

George Weah is the greatest man in African football. So authoritative that he eventually became president of Liberia. Weah started playing in the 1990s and won everyone over. He had great dribbling and great speed, a good shot, and in the first half of the 90s George was considered one of the best forwards in the world.

The rivalry between Samuel Eto’o and Drogba was a major phenomenon in 2000s African football. Yet, Eto’o became better. Very quick, with a commanding shot and terrific sense of goals, Samuel was one of the best players on the planet. The 425 goals he scored prove it.

Didier Drogba is one of the most iconic figures in African football history. With his height, leaping ability, immense physical strength, and powerful punch, the striker is still the stuff of nostalgia at Chelsea. Didier scored 328 career goals and won the Champions League with Chelsea.

Yaya Touré is a central midfielder you probably haven’t forgotten. At Manchester City, he has developed into one of the best and most versatile midfielders in the world. He has won four African titles, the Champions League and the African Cup of Nations.

Stocky, strong, and fast – the typical profile of an African striker, but there was nothing typical about Roger Milla’s game. He was an intelligent footballer and thanks to his intelligence played successfully until 44. He scored 481 goals during his career, and about a third of them were in Europe. He went down in history as one of the first top-level African footballers.

One of the most technical African players. Abedi played attacking midfielder, was good at launching attacks from deep midfield, beating several opponents, and scored a lot. Pele was named African player of the year three times, won the Champions League with Olympique de Marseille and spent several seasons in France and Italy.

Olympique Lyon was the first club of Frédéric Kanouté. It happened in 1997. Three years later, West Ham United FC was interested in the capable striker. He later moved to Tottenham, continuing to score goals. He once left to play without management’s permission in the African Cup, abandoning the club on the eve of an important commercial tour. Eventually, he moved to Celta. With this club, Kanouté twice won the National Cup and once won the UEFA Cup. At the same time, he was the best footballer of the year in Africa.